They all gave me the same link to the geekwire.com article named ‘Amazon tests using live video calls to vet aspiring third-party sellers, seeking to weed out fraudsters.‘

They asked me what my plan was there.

Live video calls? Oh, wow! At first, the title confused me, and I got worried too. But when I read it further, two things became obvious for me:

However, those guys who plan to purchase an aged Amazon store should think twice about who to deal with. Two weeks ago, Amazon introduced the re-verification feature.

Any dormant Amazon seller account that hasn’t been used for a while is a subject to re-verification now. Amazon wants the original owner to submit their ID (passport, driver’s license) and a fresh bank or card statement in order to continue using the platform.

Therefore, if the account seller is unable to submit them, it’s the game over for the account.

P.S. We don’t sell ‘ghost’ accounts. All stores that we have are from real people or companies only. 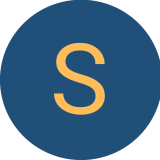 Amazon is crazy. They making seller’s life worse each day

I did today a application to sell in amazon handmade and filled in all the questions.
There also was a space for me to fill in the RED CODE on the postcard I received.
Trouble is my family uses the laptop and now I don’t know where to go to find the space to fill in the code.